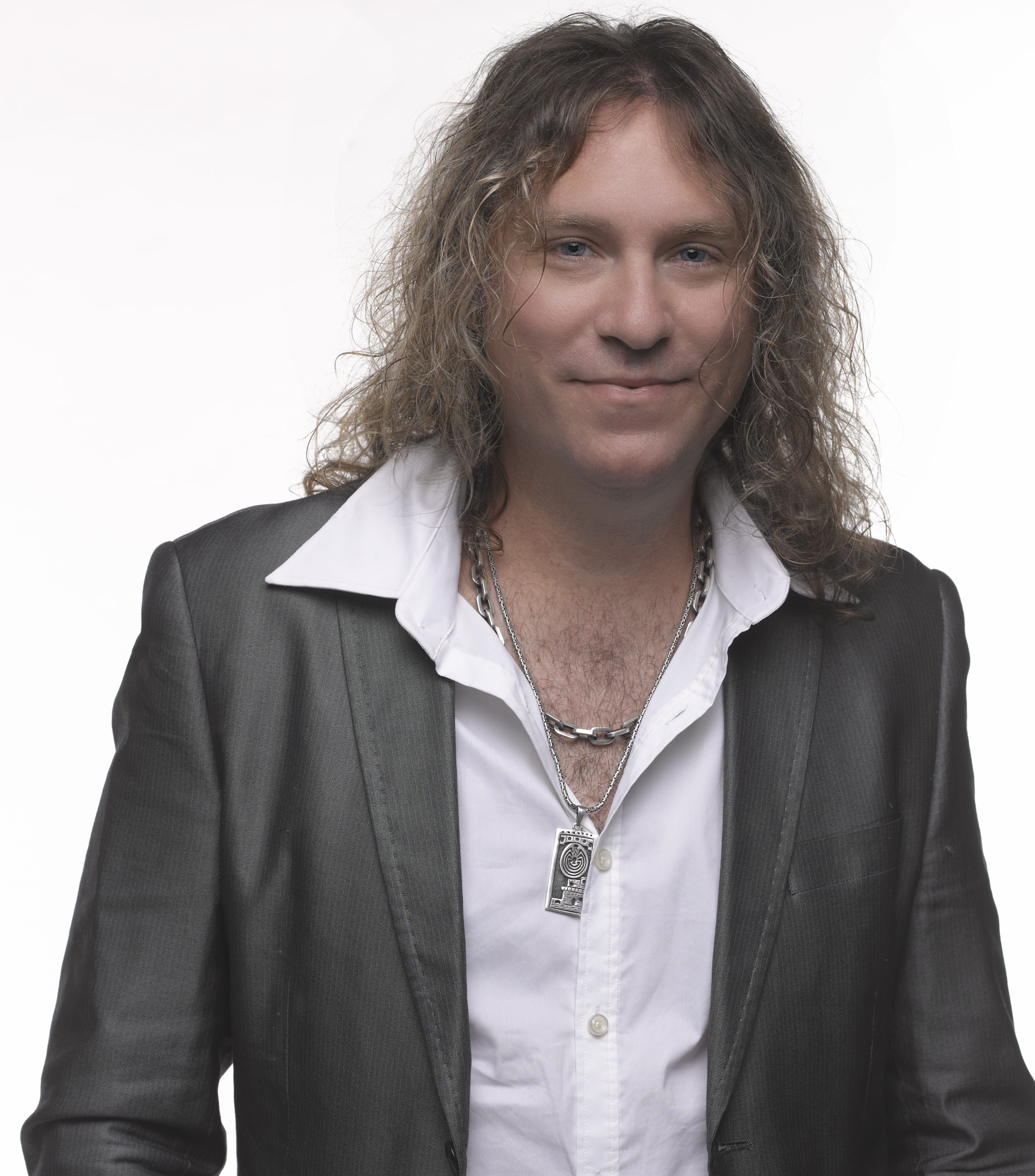 "Matt Kramer is One of the Rare Teachers Who Also Does."

A Masterful Vocal Coach, he is also a Platinum Selling Recording Artist and Performer.   His unique and proprietary method of vocal training helps vocalists – both singers and speakers alike – gain true control over their sound and delivery to reach a professional level. In addition to vocal coaching, Matt offers a 360 – degree artist development ranging from demo and album recording, performance coaching, to helping artists to prepare to record an album or go on tour.

Matt is the lead singer of the legendary rock group Saigon Kick.  Signed by Atlantic Records, he achieved a Top 10 Billboard hit and a #1 MTV music countdown video for the smash hit “Love is on the Way.”  The song “Coming Home” from their first album Saigon Kick was featured in the 1991 Steve Austin film, “Stone Cold.” “Body Bags” from their second album The Lizard was featured in the soundtrack of the film Beyond the Law in 1992.  Matt release the album “War & Peas” under his own label, Lascivious Records.  He is currently working on a jazz-inspired Vegas-style big band act with new, original material.

Matt has toured the world numerous times with such as artists as Ozzy Osbourne, The Ramones, Cheap Trick, Extreme, Kings X, Ratt and Skid Row.  Matt’s career has garnered him a unique wealth of insider knowledge, experience and industry relationships that only a handful of vocal coaches in the world can offer. "What You may not know is, Matt is a Second Generation Vocal Coach."

His family has been in the music business since before he was born. His mother, Kay Harrison Kramer, was a renown opera singer.  Matt grew up around the great opera maestros who taught his mother, and later, during her 45 years as a master vocal coach, he got to know newer artists across many genres.

The Kramer Voice Company curriculum is designed for serious singers of all ages across all types of music.  Matt teaches students locally, typically from Miami-Dade, Broward, and Palm Beach Counties.  He also regularly accepts students from around the world, whether they fly in or work with him via Skype or Facetime.

Matt also offers professional acting seminars to help with on screen tone quality and projection for actors and Broadway performers.  Seminars are also available for executives and other public speakers to enhance their tone and delivery.

Preparing for a TV show? College Audition? Political Debate?  We have prepared hundreds of our clients helped sharpen their edge for stellar auditions. for college Auditions leading to scholarships and Top Finalists on Network TV shows.

Now we can coach you anywhere you are in the world! The Kramer Voice Company’s Public Speaker Coaching studio is now doing 50%-60% of our classes over a computer or wireless devises getting the same result as an in-studio session without the hassle of travel and traffic, or geographic location.

One on one private coaching with a truly revolutionary vocal coach. Receive a full evaluation, and have a personal plan created just for you. Learn all aspects of what it truly takes to reach and maintain peak performance.  Singer and Speaker development for the real world of business and the live arena.

Our Proprietary vocal technique and method will strengthen your voice, build more colorful rich quality to your tone, and enhance projection to give your voice the performance you need to be at the top of your game.

Own the stage, and the room! Showmanship is a huge part of the job for a speaker. Delivery, phrasing, and dynamics, Rhythm, and relatability that will captivate your audience, and make your singing and speaking performances a slam dunk.

As a wind instrument the voice relies on proper airflow to achieve a consistent work flow in any given vocal application. The Kramer Voice company has developed an intensive Holistic breathing method that will ensure the results that you will need to do your job without running out of breath for a flawless run every time.

Keith Vitovich
2018-03-21T11:32:10+0000
There are very few vocalist in today's musical climate you will have to go back 50 years to find another vocalist that can convey such emotion and passion along with a fantastic voice and for those who are looking for guidance and perfection you need to look no further than right here in South Florida our very own mr. Matt Kramer May It Be rock and roll or public speaking you will be in excellent hands !!!

Sharon Moses-Solano
2018-03-21T00:49:23+0000
Matt is a amazing artist.He is a amazing Voice Coach,I am honored to be his friend.Matt takes his work,and love for music and his students seriously,and if I could give him 10 �,well deserved �

Nancy Mlotkowski
2018-03-20T20:33:16+0000
Matt Kramer is not only an amazing coach, but also a phenomenal human being. He's knowledgeable, patient, kind, and gives actionable feedback. He explains WHY his method works, so you understand what's happening in your body. It's far more than just mimicking and doing some scales. Can't say enough good things about Matt.

Scotty Migone
2018-03-20T19:17:32+0000
Matt Kramer is an Awesome Vocalist and Super Teacher, what a difference it makes learning from an experienced live performer as well.

Robbie Gennet
2018-03-20T18:36:41+0000
Taking voice lessons from Matt Kramer changed my life! Matt's unique take on vocalizing has transformed my ability to sing and resonate. He gets results and that is what counts. Best decision I ever made!

JB Glossinger
2018-03-20T18:19:28+0000
Love Matt and this company - they have helped me tremendously in my speaking career. I have had the honor of working with Matt personally and it has been an amazing experience. It is not always just about the voice, and that is where Matt and his company succeed. They understand it is also about the words and the importance of them. As a speaker, this has transformed my business. If I could give more then 5 stars I would.

Matt Kramer is a globally renowned singer, songwriter, recording artist, performer and Celebrity Vocal Coach. Using proprietary techniques honed both growing up in a vocal coaching studio, and during a career in the public eye, Matt can help any Singer or Speaker find their inner Rockstar.  From developing a stage presence, to creating an engaging and memorable voice, Matt’s tools help speakers perform in ways that are authentic, powerful and true to their voices and values.

Otto Waalkes is one of the most well known and established celebrities in Germany, and loved all over Europe as a Comedian, Major Film Actor, Musician, and most recently the voice of Sid in “Ice Age”, Aladdin among other mega HIT movies.
Read More


Train like a professional with a professional who has captivated audiences both live and on video for decades. Matt Kramer’s experience getting his vocal coaching clients where they need to go at the real-world pace the industry demands.

Many clients come to us with injured voices that have been damaged due to a variety of factors. If your voice has been injured due to improper speaking technique, Hoarseness, speech impediments, slurred speech from a stroke or other ailments, we can help reverse the damage and repair your voice.

The experience of having a veteran insider in the Entertainment industry, can shave years off you reaching your goals. This is one of the many reasons why our professional roster is growing every day.

If you’re a recording artist, Voice Actor, or Public Speaker, we can help you find YOUR voice, and Rockstar presentation. We have helped thousands of our clients build the tools they needed to become a contender. We can help you too.

If you’re business has reached a level that your voice is an asset to your company, it would behoove you to get a serious coach. Start now on making that voice the asset your company deserves.

“I came to Matt Kramer because I felt like I was not being challenged and plateauing with my usual vocal routine. Just after the first couple of lessons, my range, tone, and sustainability improved tremendously. I was very happy to also have him prepare me for my time on NBC’s “The Voice,” because his techniques gave me the confidence I needed to remain comfortable on stage. 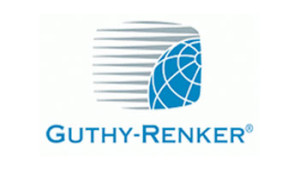 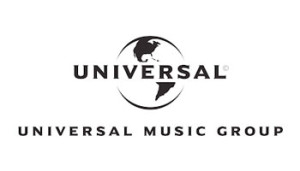 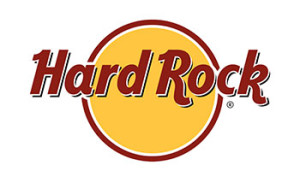 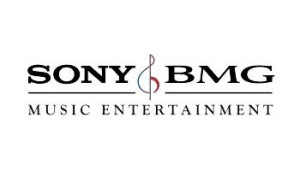 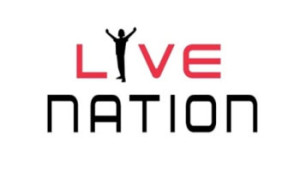 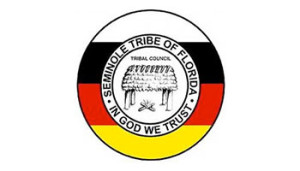 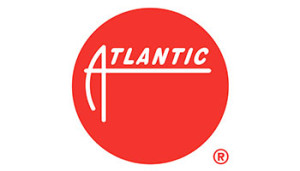 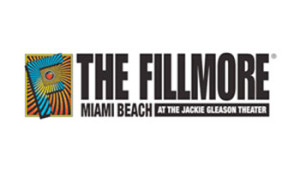 "We go to great lengths to get the knowledge to coach you."

Music is in his DNA:

Born into a musical family, Matt was surrounded by old world classical and opera vocals. His mother Kay Harrison Kramer, performed professionally in coloratura opera, classical, and musical theatre. She was known as the Stradivarius of the voice. A home life infused with classical music invariably led to an attraction to rock music – not just as rebellion, but as a modernized homage to musical craftsmanship, artistry and performance.

In 1986 Matt co-founded the Rock/Pop music group Saigon Kick. Known for their explosive live performances, Saigon Kick achieved international success in 1992 with their top 10 Billboard single “Love is on the Way” from their album “The Lizard”, which also had a #1 video on MTV’s top 20 countdown. Saigon Kick toured side by side and played with mega acts such as Ozzy Osborne, The Ramones, Cheap Trick, Marilyn Manson, Avenged Sevenfold, Extreme, Sir Mix a Lot, John Secada, Steve Vai, among others.

Saigon Kick was co-signed by Jason Flom at Atlantic Records, and the actor Michael Douglas who founded Third Stone Records. Jason Flom later went on to become president of Atlantic Records, Capital Records, Virgin Records, and Universal Music Group, and created Lava Records, where he signed, Matchbox 20 and Kid Rock to his own label. After Lava Mr. Flom went on to sign Katy Perry, Lorde, Jessie J, and many other mega stars.

Having worked with the best producers in the music business, such as famed mega music producer Michael Wagener (Janet Jackson, Metallica, Queen, Ozzy Osborne etc.), in 1990, Matt opened his high level Vocal coaching studio, quickly becoming a highly sought-after coach to power clients all over the world for both singing, speech, and Keynote public speaking.

During this time, Matt created and perfected his own proprietary vocal technique, methodology, vocal mechanics, and performance course that he uses to coach clients of every musical genre, and public speakers from all walks of life.

Please contact us to inquire about our hourly rates, and discounted lesson packages for big long term savings.

*We regret that with our current waiting list, we do not do free consultations.

*Our first class is a 2 hour full vocal, and performance evaluation at full hourly rate, which can then be pro-rated into one of our multi lesson block savings packages after the first class.

*All further classes are one hour in length.

Inquire about speaker coaching consulting for your company’s voice.

Our professional vocal studio is located in South Florida, conveniently on the border between Dade and Broward Counties, near the Aventura area, while our clients range across the globe, we also regularly train clients on a national and international platform via Skype and Face time.

Since we may be in a session when you call, our preferred and fastest method of contact is via email. Thank you